On my recent, and first, trip to Hanoi, one of the highlights was a visit to the Ho Chi Minh Museum. In particular I was taken by an installation of images that apparently represent the ideas, personalities and events from the early 20th Century which had an effect on his world view.

Initially my companion Catriona Mitchell and I were disappointed to find that the famous Mausoleum itself was closed to the public. Ho Chi Minh’s remains were on their annual trip to Moscow for “maintenance” work. Or as one would-be guide put it: “Uncle Ho is on vacation”. This hopeful man also told us the museum was closed and that he would take us on a tour of Hanoi. Declining as politely as we could, we wandered around and lo and behold the museum was open. Funny that.

The Museum itself is what I would expect from an institutionalized celebration of a charismatic leader who inspired a nation to resist post colonial foreign aggression for more than a quarter of a century. Celebrity socialist realism springs to mind. Naturally there is a propagandistic perspective to the museum, with displays of the colonial oppressor’s lifestyle juxtaposed next to the humble Vietnamese serf’s hovel; semi-abstract, magnificently heroic displays replete with extensive wall text and flip charts, hundreds of fascinating images of Uncle Ho in different situations; some rather abstruse, tangential displays – for example a corner with vegetables celebrating his message to the younger generation to look after the environment.

Hackneyed as some of the underlying message it is, one cannot help but admire the vision of Ho Chi Minh and the fact he planted this vision so deeply into the hearts and minds of the majority of the Vietnamese people. Perhaps it was the era when such charismatic leaders could have such a mesmerizing effect on a world just beginning to experience the gift of the 20th Century – the porousness of borders in the international realm of ideas.

But in amongst all this predictability,  Catriona and I stumbled upon a real gem. Almost hidden in a corner of the top floor we found a maze of glass and mirrors, with a myriad of images from the turn of the 20th Century printed seemingly haphazardly on many of the panels. Images ranged from Eadweard Muybridge’s (sic) experiments with motion photography; images of Einstein, Madame Curie, various inventions including the early automobile and other mechanical technology, high rise buildings in New York, paintings by Picasso, Rousseau and more. It was a fascinating insight – all of this were things which Ho Chi Minh was keenly aware of and had played a part in shaping his own views and politics. If anyone still had any illusions about Uncle Ho living in hermetic isolation “in the jungle”,  this display would certainly burst that bubble.

The maze is also plenty of fun to wander in and out of. The see-through images on some panels, combined with mirror effects from others contributes to an interesting spectrum of visual effects. And, this is the best place for a “selfie” as you don’t have to muck around trying to point the silly camera at yourself. Or perhaps I should say “pointing the camera at your silly self”.

Catriona and I agreed that this installation, along with a Vietnamese documentary about a traveling transvestite show (“Madame Phung’s Last Journey”) were the highlights of our week in Hanoi. 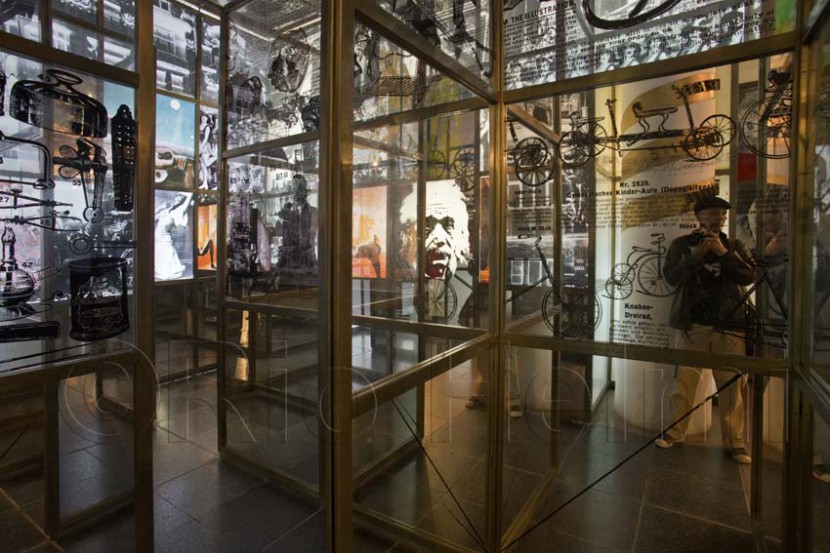 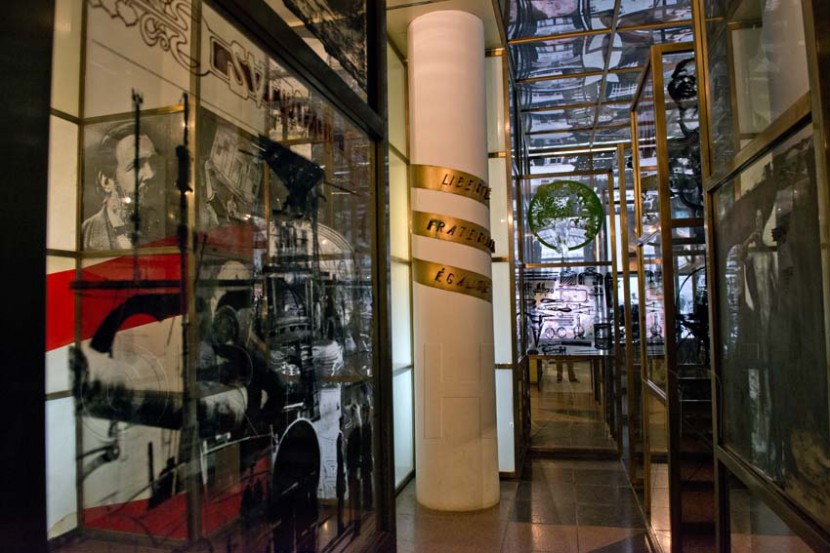 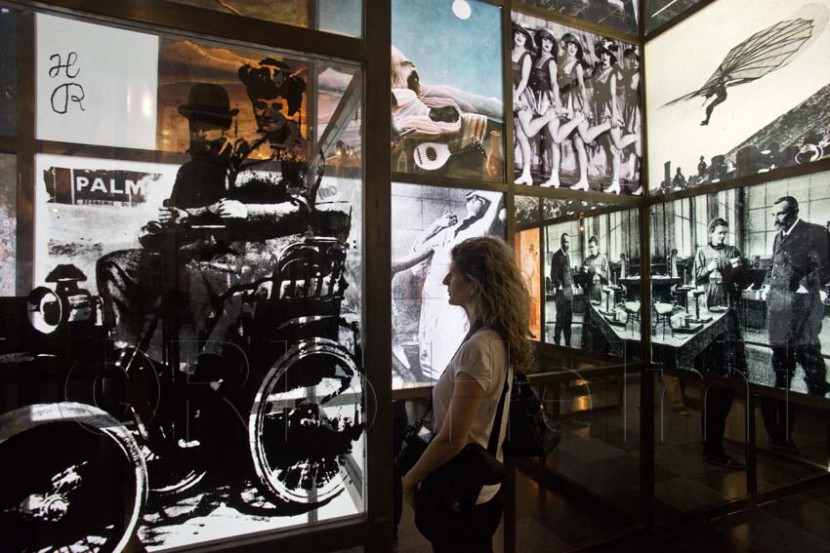 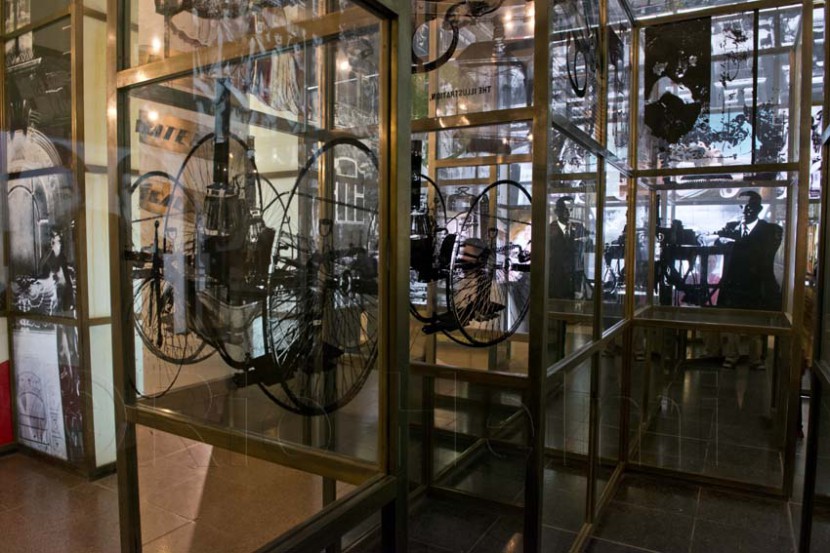 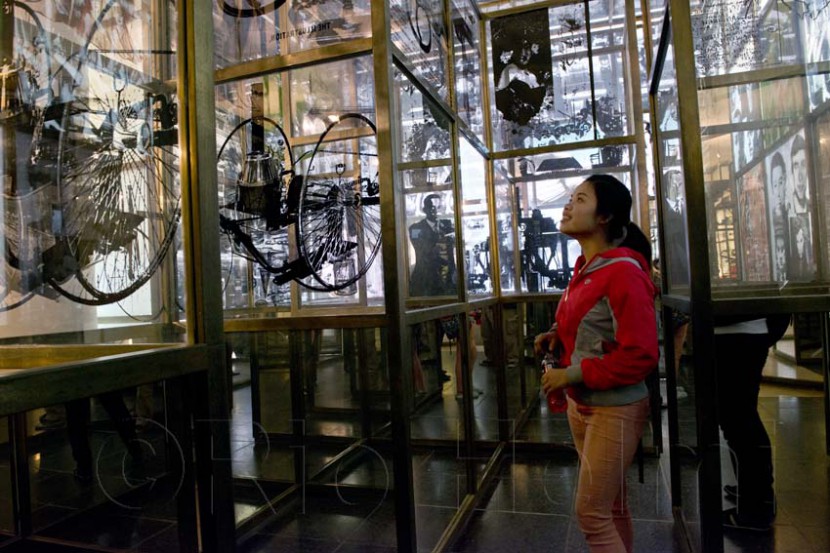 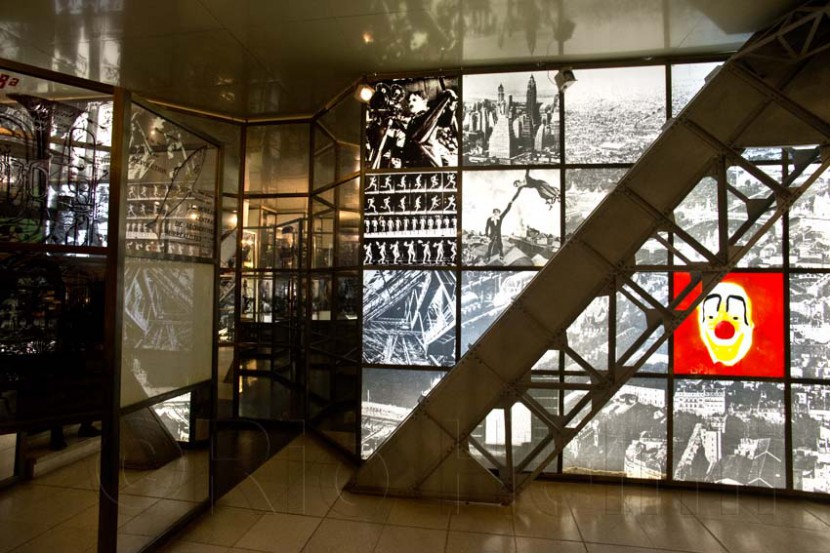